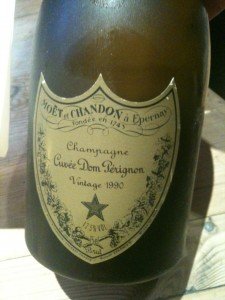 One evening last week I finally opened a bottle of 1990 vintage Dom Perignon Champagne (given to me in 1996 by Peter Gelb who then was the head of Sony Music and is now head of The New York Met.) in celebration of the release of “Passing Open Windows”

A Symphonic Tribute to Queen; an album I’d written and recorded with The Royal Philharmonic Orchestra when I was signed to Sony.

It was a great night spent with friends celebrating a recent tax refund! Thanks, Richard Gibb!

I made a chicken liver pate with a Marsala glaze, roast loin of pork with braised pears in a perry sauce and to finish, a Dish Delish: a huge puff pastry galette slathered in whipped cream and fully loaded with plump raspberries splashed with Kirsch – a large portion of which I’m now wearing round my middle!

No posts were found!