It was with a noticeable lightness of foot and an accountable feeling of inner warmth and expectation when, in the early morning of Valentine’s Day of this year (14th February 2017) I set out from my home in Shropshire, UK, to drive (on a bearing SSW and over a distance of some 200 miles) to South Devon to meet, and for the first time in many years, to work once again with my cherished friend of nigh on fifty years, Martin Barre. 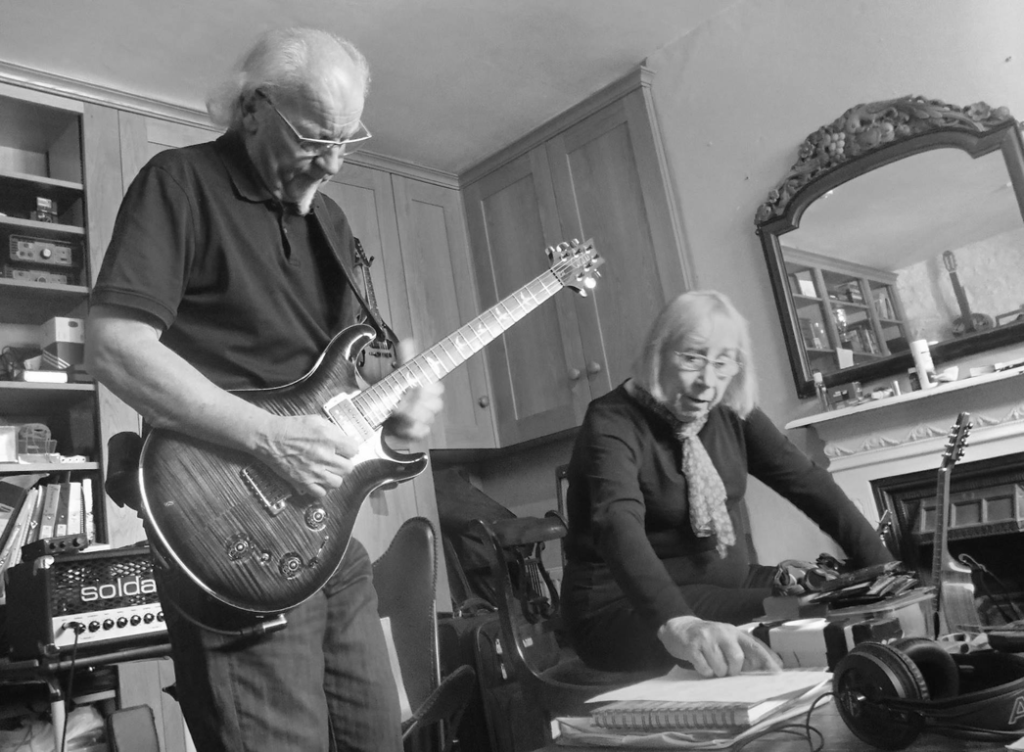 I first met Martin on May 13th, 1969 at the Guildhall, Portsmouth where Jethro Tull, supported by 10 Years After were on tour. I had begun working with the group in August 1968 on “This Was” and was keen to meet Martin and hear him play live; I was most impressed with his playing and have remained so since.

On that tour, Tull and the “other” Crysalis group “10 Years After” were taking it in turns to open the show. Alvin Lee (guitarist with 10 Years After) – with his nose out of joint and distinctly moody because 10 Years After had opened that night and not done very well – pushed the PA speakers over as he left the stage.

On the drive back to London I remonstrated with Chris Wright (manager of 10 years After) over Alvin’s “spoilt child” behaviour. “You can say what you like, DP, said Chris, but he can sell-out Filmore East any night of the week. As far as I’m concerned, he can do what he likes.” (Shut up, Palmer, I thought. Welcome to rock and roll!)

Martin, however, is a far cry from the image of the “prima donna guitar hero”  and is a paragon of modesty, gifted with a very dry sense of humour (often self deprecatory).

I recall the TOTRNR tour when we were taken, mid-tour, to a theatrical costumiers in Amsterdam in an attempt to change our on stage image. Martin chose a very stylish, floral, two piece suit. When we came off stage next night I said to Martin, enviously: “I’d die for that suit”.

He replied drily “I died in it – tonight”!

On a day off in Los Angeles during the 1978 tour – Martin, Julie, Maggie and I went on the Universal Studios tour and after a morning viewing the sets, etc, we decided to get something to eat. “There’s a McDonalds here, said Julie. I wonder where it is?”

Just at that moment a seriously overweight woman in a shell-suit waddled past. “Follow her” said Martin! 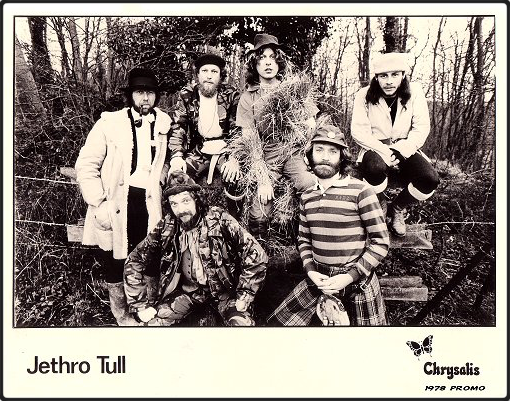 Martin and I were born – both of us in very ordinary circumstance – in the West Midlands of the UK and soon forged a close friendship.

During the 70’s, Martin owned a property in the county of Herefordshire – a county adjacent to the West Midlands – but he soon chose to live in Devon and has remained there ever since. In my case, I lived for many years in Surrey and Sussex but, three years ago I moved to Shropshire – another county adjacent to the West Midlands – fulfilling a life long wish to return to “The Marches” i.e.the land dividing England and Wales and the home of my forbears. My children used to love going to Martin’s house. He gave terrific parties and we shared many enjoyable times at his homes in Berkshire and in Devon.

On one memorable occasion there were about 30 of us (including some of the road crew) staying at Martin’s home for the weekend. Someone suggested we all go horseback riding the next morning. Risky, I thought, and maybe a tad ambitious.
(Most of the road crew had never been near a horse before! ) Talk about the Charge of The Light Brigade or Foinavon’s Grand National? What!

Neither could compare with the havoc brought to the leafy lanes of south Devon that next morning. Oh, did we laugh!!

After arriving at Martin’s home (following a four hour car journey) the conversation turned, quite predictably, from the usual, welcoming pleasantries to “Do you remember when”….etc. The fact that we hadn’t seen each other for quite some time invoked so many memories; the good and the not so good.

We sat, talked and laughed so much – Julie Barre as well – re-living our memories of life on the road and at home with Jethro Tull, whilst sitting in their welcoming kitchen. Among much reminiscing, we recalled a late 70‘s tour and the opening of the show. (We used to open the show either “loud” or “quiet”, and, during one particular tour, we were opening with “Thick as a Brick” i.e. quietly.)

One night Ian was strumming and singing away, and, as every Jethro Tull fan knows, the quiet, introductory lines to TAAB are punctuated, suddenly, by the rest of us playing a mighty “F chord” after Ian sings …”your deafness, a Shout!” Well! John G must have been tripping because, just after Ian had sung his first line i.e. “really don’t mind if you sit this one out,” John pulled off the loudest “F natural” on his Bass Gtr that I’d ever heard in my life! …but it was a whole phrase TOO SOON!
The note reverberated round the 20,000 seat arena like a salvo from the whole of HM’s navy prior to the D day landings!

I thought none of us would be able to play another note that night; we were all crippled with laughter: particularly Martin! John, in his inimitable way, just laughed it off.

(There must be a book (at least) to be written giving account of those halcyon days as members of the group. Moreover, its all just “fun” stuff, too!)

So, later on that morning and on entering Martin’s studio, almost as soon as we started to work on my songs, the old magic was back: just like it was all those years ago in Tull, with Martin producing great licks out of thin air, not unlike a magician pulling rabbits out of a hat!

The results of that day are all captured here on “Through Darkened Glass.”
Take time out to savour his exemplary playing, particularly in “Emmanuelle”. His first solo entry and extemporised licks are right up there with those of the guitar greats, Joe Pass and Barney Kessel.

It’s the same with his solos in Urban Apocalypse and Through Darkened Glass. Unmistakable in style and totally riveting in content.

I could have gone on for days, and, for sure, I had the best time I’d had in any studio for many a year!

I owe you big. 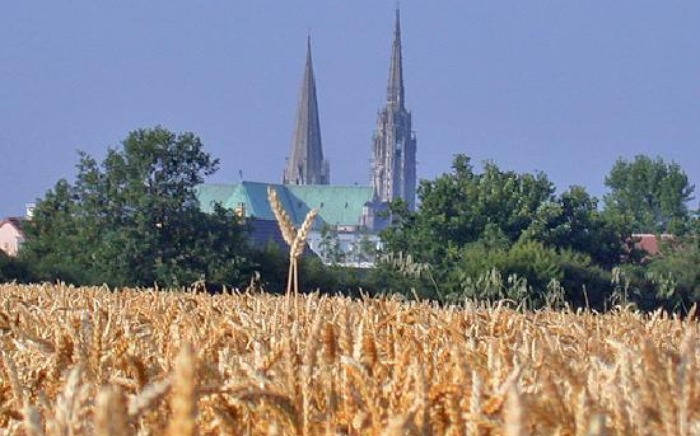 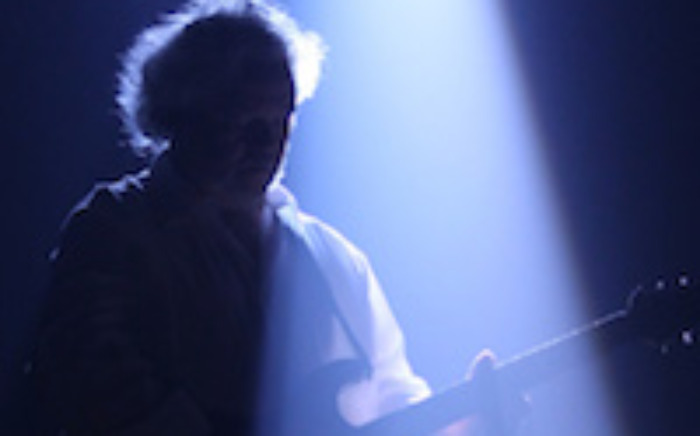 Well, here am I, a long time since I left Her Majesty's Armed Forces and still mightily proud to have served for eight years in The Brigade of…
Read More →
4 MIN READ 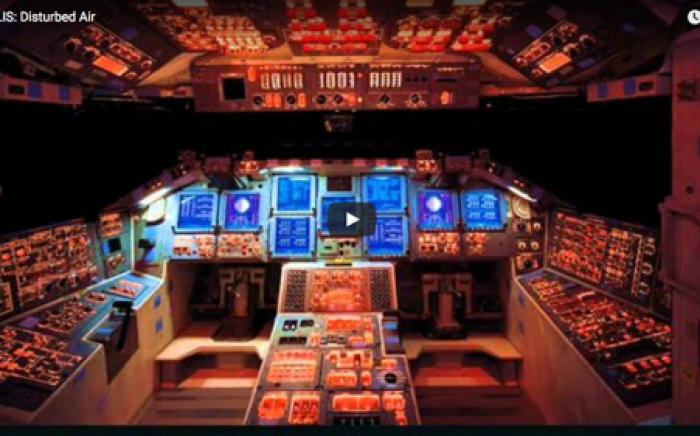 Tallis began life when I was a serving member in Jethro Tull. (The name is, of course, taken from Thomas Tallis - one of the two founding fathers…
Read More →
3 MIN READ
Urban Apocolypse